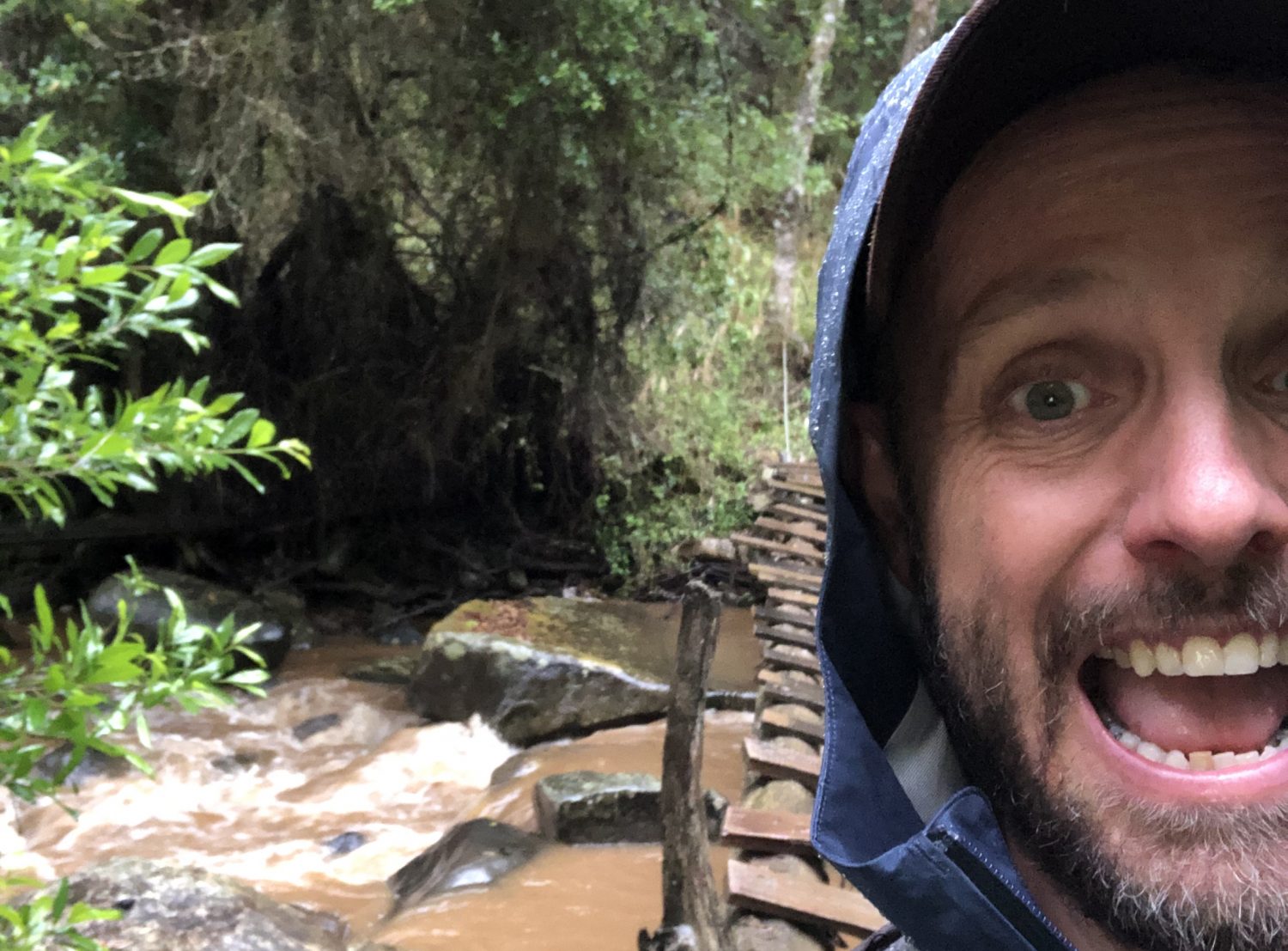 I was thinking about the difference between Christianity and other religions the other day while sitting on my couch watching “My Name is Earl.”

Don’t misunderstand, I’m not recommending My Name is Earl, I’m just saying it reminded me a profound theological lesson.

The show is about redemption.

The plot is pretty simple: Earl’s done a lot of dumb things and Earl’s trying to redeem himself by going back and trying to fix all his mistakes.

Apparently he was watching Carson Daly one day and learned about Karma.

Now there is a Joshua Mack who is into Karma, he wrote a book on it in fact, but it’s not me. While I’m not sure what his definition of Karma is, for this blog my take on it is pretty straightfoward, do good and good things will happen to you.

To put it in the form of a theological principle:

I do good good to be accepted by God.

If you stop and think about it, that’s basically the idea behind most world religions…I’m accepted by on the basis of my merits, or maybe my merits and a little help from up above.

Though I certainly don’t think he’s a theologian I do think U2’s Bono is right when he puts it like this,

“You see, at the center of all religions is the idea of Karma. You know, what you put out comes back to you: an eye for an eye, a tooth for a tooth, or in physics—in physical laws—every action is met by an equal or an opposite one… And yet, along comes this idea called Grace to upend all that “as you reap, so you will sow” stuff. Grace defies reason and logic. Love interrupts, if you like, the consequences of your actions, which in my case is very good news indeed, because I’ve done a lot of stupid stuff.

What he’s saying is that one of the things that makes Christianity so amazing, so unusual, so absolutely wonderful is the concept of grace.

I don’t do good to be accepted by God.

I do good because I’m accepted by God.

If we tried to do good to be accepted by God, we’ll never make it. We’re not good enough.

But beyond that if we tried to do good to be accepted by God, we’d actually be committing a great evil.

We’re trying to be our own Savior. We’re rejecting the one true Savior God’s provided. And if you read the gospels, you’ll see that is a sin God takes very seriously.

“If we doubt or do not believe that God is gracious and pleased with us, or if we presumptuously expect to please Him through our works, then all [our compliance with the law] is pure deception, outwardly honoring God, but inwardly setting up self as a false savior.Note for yourself, then, how far apart these two are: keeping the First Commandment with outward works only, and keeping it with inward [justifying faith]. For this last makes true, living children of God, the other only makes worse idolatry and the most mischievous hypocrites on earth…”

So although it’s nice Earl wants to be a better person, if he’s looking to himself for redemption, he’s only becoming a nicer sinner…there’s only one real hope for redemption, it’s not in Earl, you, me or anyone else. It’s in the person of Jesus Christ.

In the words of an even more important theologian, Paul…

“For by grace you have been saved through faith. And this is not your own doing; it is the gift of God, not a result of works, so that no one may boast.”

One thought on “Grace not Karma”