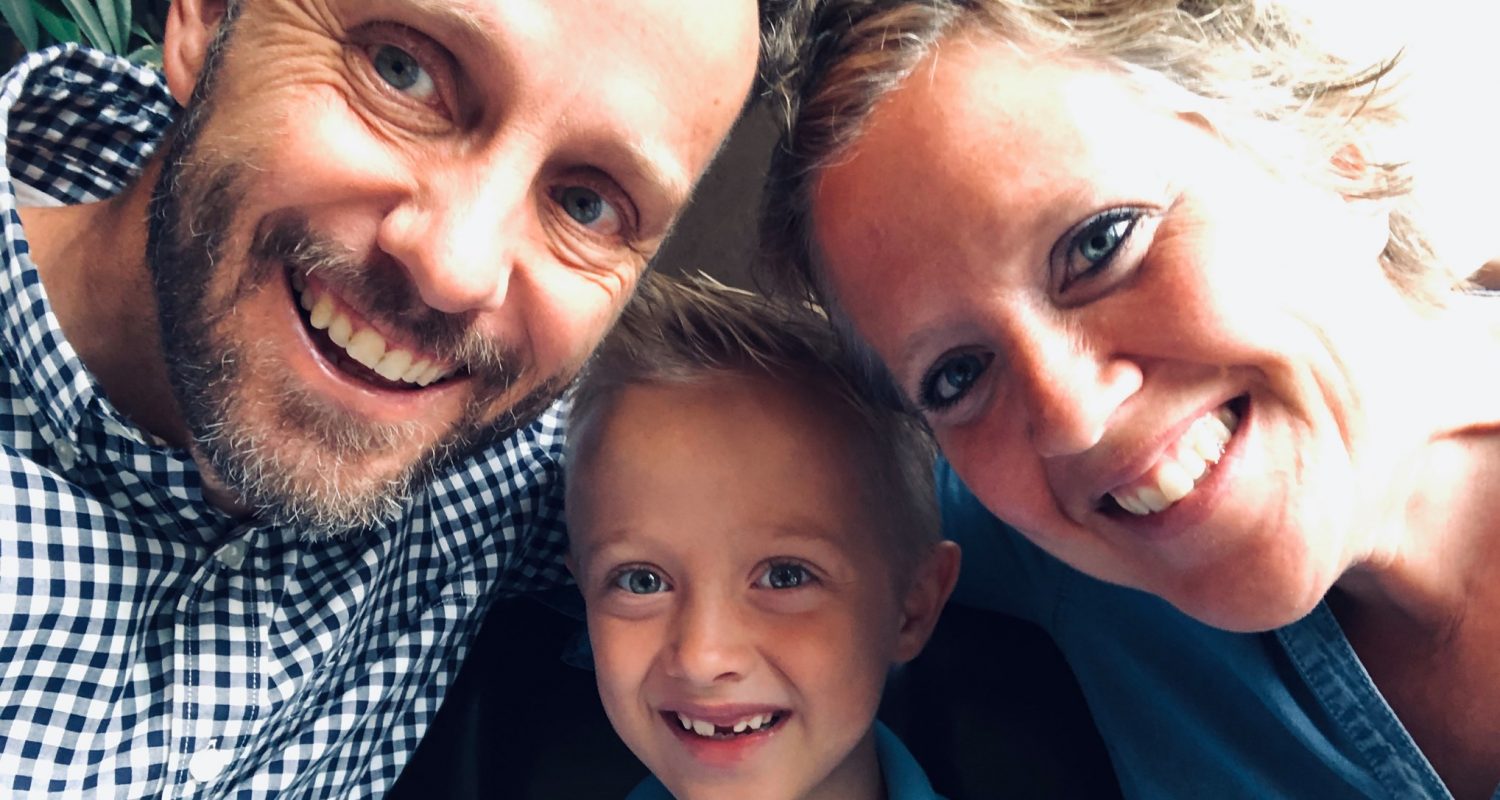 I am working my way through Jonathan Edwards sermons one by one over the next several years. In a previous post, I gave a brief summary of his sermon entitled, “Christian Happiness.” In this one, I want to look at a sermon he preached entitled, “The Value of Salvation.” It sometimes helps me process what he’s saying better if I try to paraphrase it and so I thought I might offer a short summary paraphrase of that message here.

Jesus puts it like this, “Then Jesus said to His disciples, ‘If anyone wishes to come after Me, let Him deny himself, and take up his cross, and follow Me. For whoever wishes to save his life shall lose it; but whoever loses his life for My sake shall find it.”

In the context, Jesus is rebuking Peter. He has just told his disciples that He is going to have to suffer and die, and Peter doesn’t like that, so he takes it on himself to tell Jesus he is wrong. When Peter thinks about following Jesus in this life, he is thinking about honor, glory and power, now. He’s trying to get to what comes after the resurrection without having to go through the crucifixion part.

But Jesus tells him it doesn’t work like that.

Following Jesus requires denying self. Trying to save your life results in losing it.

This is straight talk and it’s tempting to be a little overwhelmed by it. So that this news will not discourage them, Jesus shows the disciples the reasonable of making this choice by comparing the value of their soul with the value of the material things they see around them in this world.

Specifically he tells them in this passage, that the salvation of souls was more valuable than anything they could have hoped for in this world. What’s more, if somehow they could be given the whole world, it would be nothing in comparison with the life of the soul.

“For what is a man profited if he gain the whole world and lose his own soul, and what shall a man give in exchange for his soul?”

Obviously, this is a shocking statement and most of the world doesn’t believe it.

I say that is obvious they don’t believe it, because as we look around us, we see people are much more concerned with the things of this world than they are things that pertain to their souls. Therefore, it’s not enough for us to merely say that the value of the salvation of one soul is more valuable than the whole world, we need to demonstrate it or prove it.

One way to demonstrate the value of the salvation of the soul is to compare it with the value of worldly things.  I know worldly possessions do seem valuable. But they are not nearly as valuable as the soul for a number of reasons.

First of all, they all come to an end. If they don’t break for you die, you aren’t going to be able to keep it once you die. The fact is, it is very difficult to keep what you have gained even while you live. You might think about the nicest thing you ever bought. How long was it before you lost it, or it broke, or you gave it away, or it just didn’t satisfy you any longer. I would bet, it wasn’t very long. It’s very difficult for a man to keep enjoying what he has gained for himself while he lives. I know there are times where you say if I just have that, I will be happy. Then you get it. And guess what, it’s not very long before you want something else.

The fact is even if you could get everything you ever wanted in this world, you would find, it’s not nearly as valuable as you thought it was at first. Take riches. Riches are of little worth.They don’t bring much satisfaction. In fact, they usually tend to the opposite. As Jonathan Edwards once explained, “Worldly riches are so far from bringing satisfaction with them, the more one has of them the more we want. That is but a poor sort of drink which, instead of quenching thirst, the more one drinks the more thirsty they are.”

Another way to see the value of the salvation of the soul is to think about what that salvation actually consists of. In other words, when we say that your soul has been saved, we are saying it has been saved from something. And when you look at what your soul has been saved from, you see how great that salvation is. It can be difficult to understand just how great a treasure salvation is, unless you see how awful condemnation is. Now what I am about to say is difficult, but given that it is true, it does put things in perspective.

It can be difficult for us to imagine the suffering those who are forced to endure the wrath of God will experience eternally. An image the Bible uses to describe it, is a like living in a lake of fire. Now you know how much it hurts if you have a single spark of fire land on your arm. Imagine if that single spark of fire was on your arm for the rest of your life. That would be awful. Yet it’s nothing compared to being plunged into a sea of fire.  If you have ever had a toothache, you know how much it can hurt. What if that toothache would never go away? That would make it so much worse. It must be incredibly terrible to have every part of the body in pain, for all eternity, without a moment’s stop. When a person is condemned, he is condemned eternally.

The reason we think of these sad realities is because they better help us to appreciate the value of salvation. Salvation is something that we so easily take for granted, and yet look at what we are saved from! The worse the condition we are delivered from, the greater the deliverance. Therefore, the deliverance of a soul from hell is the greatest kind of deliverance of all.

The saved soul shall be delivered from all evils. The only time the person who is saved has to suffer is now. Once they reach forever, they will never experience another difficulty. That’s amazing. They will be delivered from sin and temptation. They will be delivered from affliction. The saved soul shall be brought to the enjoyment of all good. Their understanding will be satisfied, their affections will be satisfied. The place where they will live forever is beautiful. The relationships they will experience there will be amazing. A world of love!  Most of all, they will commune with and enjoy God Himself. Seeing God, this is the highest happiness of all possible happinesses. What’s more, this happiness will be eternal. The saved soul’s happiness will endure as long as God endures!

In spite of how obviously valuable the soul is, it still can be difficult for us to remember and to act in a way that makes sense in light of how valuable it is. We still keep thinking that temporary worldly things are better. If we are going to follow Jesus, we need to work at keeping a proper perspective on what matters most.

Think about what a terrible condition it is to be spiritually lost. To be condemned to physical death is a sad situation. I am sure if you heard that you were sentenced to die, you would weep. But imagine, being condemned to eternal death. It’s much worse. You don’t want to let your soul be lost. I know the people around you don’t place much value on their souls. They are foolish.They are placing more value on what is less valuable. They take care for the world, but they take no care for themselves, and as a result, their souls will be lost. This is inexcusable for those of us who have read the Scriptures and heard the truth. God’s Word has told us repeatedly the importance of taking care of our souls. But do we? If we are believers, we can’t say that it’s too difficult for us.

But how do we guard our souls?

For starters, don’t go down the paths you know lead to the destruction of your soul. The Bible places many warning signs. If you go this path, you will be destroyed. Take heed to those warning signs, the way you would take heed to signs that warned of great physical danger ahead. Ask God for help and work with all our might at protecting your soul from danger. Whatever you do, do not give up.

Now, maybe I should just add this.

If souls are so valuable, we shouldn’t only guard our own, we should also seek the salvation of others. If the salvation of a soul really is more valuable than the whole world,we should take every opportunity to persuade others to pursue salvation. I know sometimes we feel like, who are we, or maybe they are too lost. But, really we never know what we might say that will have an eternal impact on someone else. If our words don’t get through at first, perhaps our lives will. As you are with unbelievers, let them see how seriously you take salvation. Maybe as they see the value you place on your soul, they will begin to think about their own.

As Jonathan Edwards once explained,

“Is it not a great pity that things which are so precious as souls are, should be lost? Should we not, if we saw any man in distress of body and in great danger of dying, be willing to lend him a hand to save his life? Why, let us look about us and we shall see thousands of men in a sorrowful condition, and in danger of dying every moment. Should we see a man a-drowning, should not we be willing to afford him some assistance to help him out of the water? If we look about us we may see thousands of poor souls drowning in sin and iniquity, and in danger of being drowned in the lake of fire and brimstone. Let us therefore do what we can for them; perhaps we may be instrumental of saving several souls from everlasting ruin and destruction. If each one here present should do what he could towards it, there is no doubt to be made but that many souls might be saved by their means. Let us therefore do our utmost; don’t let us be so inhuman as to see men sick and not help them.”