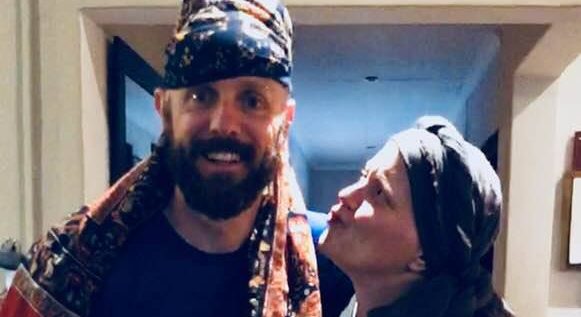 “Do not speak evil against one another brothers…” James 4:11

Every week, every one of us experiences all sorts of different problems. Our car breaks down, a friendship crumbles, we lose our job.

Now obviously such a wide variety of problems require a wide variety of solutions. But regardless of what particular problem we experience, every solution, every real solution has at least one thing in common. We all know if you are going to effectively deal with any sort of problem you have to move beyond merely treating the symptoms of the problem to dealing with what is actually causing those symptoms.

Imagine taking your car to a mechanic because the engine is making funny noises. He listens, says you are right, sounds funny. So he goes out into the garage and comes back with a pair of headphones. Put these on, you won’t hear the noises anymore.

Or imagine if one of your kitchen pipes burst. And so you call a plumber to come out and fix it.  And he takes a look, scratches his head and comes up with a solution.  He twists the pipe so the water shoots out into a bucket, then he sits down at your kitchen table and makes out a schedule for your family, every person has three hours a day that they have to watch and dump the buckets when they start to overflow.

It doesn’t take a brain surgeon to figure out if you just deal with the symptoms you are not going to really deal with the problem. But unfortunately for many that basic principle is not so obvious when it comes to their spiritual life and their spiritual problems. They are continually frustrated in their attempts to change because they are dealing with the symptoms, not their real problem. They are putting band-aids on a broken leg.

And, that apparently is what is happening here in James.  There were a number of people who wanted to be teachers because they thought they were spiritually mature, but failed to control the way they spoke to others.

You are not spiritually mature if you are stirring up strife.

So although they may appear religious and wise, James makes it clear since they are so quarrelsome that proves their life is not controlled by wisdom from God but by the wisdom of the world.  The fact is, they live their lives as slaves to their own selfish desires, which is just how the world lives.  And really that’s a way of life that is hostile towards God Himself.

God is opposed to the proud, but gives grace to the humble. Therefore instead of exalting themselves in the eyes of others they need to humble themselves before God and repent.

That’s the pathway to peace.

So you say how do I resolve my conflicts with others?

James answers, you need to begin by dealing with your conflict with God.

Fights and quarrels are a symptom. A symptom of a problem in your relationship with God. And James explains, the problem is pride.  You haven’t humbled yourself before God so you aren’t humbling yourself before others.

Now that is helpful.

It gives us an entirely new perspective on our problems with people.  You’ve got to see what your problem is before you can deal with it.

But even still, you may be thinking, what do you mean?  It’s still a little bit fuzzy for me.

I mean, I get the general overarching principle, pride is at the root of my problems with others, but I need you to show me how this works out in real life.

And he does so by addressing an issue that is of particular importance in dealing with conflict, the way we speak.

He begins with a command:

Do not speak evil of one another

There’s no doubt one of the most common ways we sin is the way we speak.

And one of the most common ways we sin when we speak is by speaking against others.

Perhaps that’s one reason why James keeps highlighting the importance of godly speech. He knows how easy it is for us to fail to pay attention to the way we communicate.  And that’s a terrible mistake. Because he explains in chapter 1 that the way you speak is a test of whether or not you are a believer. In fact, he continues in chapter 2 by reminding us God is going to judge us for the way we communicate. Then he follows that up in chapter 3 by pointing out the power of speech and especially it’s potential to destroy.  People may minimize this issue, but God does not.  He cares about how you speak.

And so here in chapter 4 he gets very specific.

He doesn’t just tell us vaguely to pay attention to the way we speak, he points out very specifically, the kind of speech that displeases and dishonors God.

God doesn’t want us to speak against each other.

This is one of those times we have to be very careful we don’t miss James’ point.  The problem is this is such a common sin that many of us do it without even realizing we are doing it.  We speak against others all the time, but we don’t even think of it as speaking against others, because it’s just the way we normally speak.

I remember watching a story about an EMT up in Boston who only had one arm.  And she was so used to her handicap that she didn’t even really think about it.  She went out on runs, went to people’s houses, did her job and didn’t stop and think about the fact she only had one arm.  But you can bet other people noticed.  It was obvious.  But she had that physical handicap for so long she’d become accustomed to it, so she didn’t even really notice it.  Everybody else saw it; but she didn’t because she was used to it.  That’s the way some of us are with the way we speak.

We’ve got a major problem. It’s obvious to others. But we’re not even aware of it.

So, in the days ahead, let me take some time to break down what James is talking about here very specifically so you notice it and can turn from it.